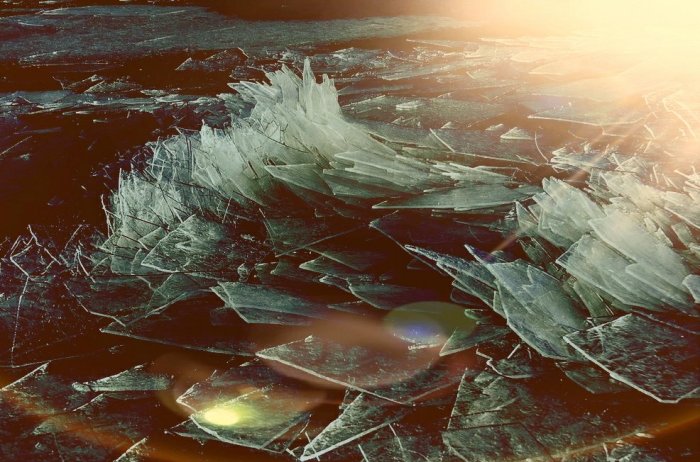 I stood on the deserted beach watching jagged, angry shards of ice, deposited by the waves, stack up on each other.

Like brittle, living panes of glass just waiting for a pair of feet to shred.

It was brutally cold and every breath hurt to take in. The thick velour scarf my mother had given me before she died sat frozen at my lips. My fingers inside my wool mittens had gotten too stiff to feel.

I worried for a moment that I might not make it back inside.

But I had to see.

His ship broke open the cove just as the sun made a sliver of fire on the horizon. The ice cover on the bay wasn’t thick, so I knew they would only make one pass.

He stood, behind the rail, alone. A lantern hung by his side. His breath sent plumes of vapor up into the first light of morning. And the breaking sun made the sliver of skin visible around his eyes glow.

My heart pummeled against the inside of my breast.

He lifted a gloved hand to his mouth, pulling the fabric loose so that I might see his smile. It was too far to see properly, really. But my memory colored his lips and made the silver in his whiskers glimmer.

I waved and giggled. I wonder if the sound made it to his ear. I imagined it could, somehow, and whispered my love into the wind.

But I knew I would do it again tomorrow, if it wasn’t too cold. A glimpse was better than nothing. It was enough to stoke the fire in my belly.

Enough to warm me through another day.

Was it was the same for him?